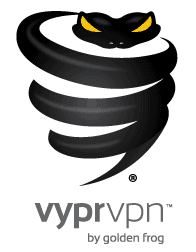 VyprVPN is owned by parent company Golden Frog, which is based in Switzerland. This country has a long history of advocating for privacy online, nearly since the earliest days of the Internet.

Golden Frog says on their website that the company was founded in 1994 in direct response to the infamous Room 641a incident. This scandal involved the NSA illegally tapping into AT&T’s network for the purpose of conducting surveillance on private citizens.

When the people who founded Golden Frog learned of the incident, they immediately filed a complaint with the FCC. Unfortunately, their protests went unanswered. That’s when they decided to take action for themselves.

Considering the dedication of both Golden Frog and Switzerland to online privacy, it would seem as if VyprVPN is a pretty reliable service that gives you all of the anonymity that you want.

They do a fair job, but there are far better VPNs.

Anyone who decides to use a VPN is probably concerned about their privacy. They don’t like the idea of their Internet Service Provider being able to track all of their web traffic. Moreover, they have concerns about hackers and other criminals who might try to steal their information.

The job of any worthwhile VPN is to prevent any individual or entity from being able to snoop over your shoulder as you browse. This means that the VPN you choose must offer really strong encryption and a reliable VPN protocol.

The VPN protocol is the tool that is responsible for ensuring your anonymity and privacy. Many different protocols are available, but by far the most well-regarded is OpenVPN. Created with and maintained by the cooperation of cyber-security professionals the world over, OpenVPN essentially is considered to be unhackable.

OpenVPN is precisely the protocol that you get with VyprVPN. It is the default setting, though you may choose from alternative protocols like IPSec, L2TP and PPTP. Regardless of which protocol you choose, you’ll be benefiting from AES 256-bit encryption, the gold standard of encryption that is trusted by federal governments, law enforcement agencies and militaries across the globe.

Because Golden Frog and VyprVPN are intensely dedicated to online privacy, they also have developed a proprietary technology that they call Chameleon. This tool is designed to circumvent deep packet inspection scans of metadata that alert certain authorities to an individual’s use of a VPN.

These deep packet inspection scans frequently are used by totalitarian governments in places like China and North Korea to ensure that citizens aren’t using VPNs. For people living in these countries, the extra protection of Chameleon may mean the difference between life and death. This is especially important if you are afraid of and want to stop DNS leaks.

Many people who are new to VPNs don’t realize what a difference a vast server network can make. The more servers a VPN has, the fewer customers are being routed through each server.

If there are multiple servers distributed in geographically diverse regions, there’s also a better chance that you’ll find a server close to your physical location. That’s important because it should mean faster data transfer rates.

VyprVPN has over 700 servers distributed across 70 locations. When compared to some of the most highly rated VPNs, 700+ servers aren’t much to brag about. The really big players in the business have multiple thousands of servers spread across nearly every nation.

Still, VyprVPN’s 700 servers are fairly respectable, and they have good geographic diversity. Their locations even include countries with repressive governments like Russia, China, and Turkey. North and South America, Europe, Asia, Africa, and the Middle East all have multiple server locations as well.

Is VyprVPN Compatible with BitTorrent or P2P?

VyprVPN says that they do not monitor any web traffic. This means that no one from the company is checking out your account to see if you’re torrenting or using other P2P file sharing methods. Check out some of the finest torrenting sites in Canada.

In fact, they state that they treat all web traffic the same.

Still, they do ask that everyone complies with local copyright laws. Many people have had their accounts canceled after Golden Frog received a copyright infringement notice from a copyright holder.

The upshot is that you should torrent with care on VyprVPN or look for another service that turns more of a blind eye to this activity. This is especially important if you don’t know is torrenting illegal in your location.

When it comes to Netflix, VyprVPN’s U.S. servers had no trouble delivering. The performance was fast and totally unblocked. The same cannot be said for servers that were tested in Europe, Canada, and the Netherlands. All of those were blocked, so if watching Netflix in Canada is your chief concern, you’re better off with a different VPN.

VyprVPN offered some pretty decent results in the speed test. Speed is important with any VPN. The faster the data transfer rates are, the less time you’ll spend waiting for content to load. Using a slow VPN guarantees a frustrating experience. Ideally, you won’t notice much of a slowdown when you use a top-quality VPN.

VyprVPN performed almost as well in speed tests of some of the best VPN providers. Benchmark testing yielded download results of 98.71 Mbps. Upload rates were slightly slower at 53.00 Mbps.

Connecting to a VyprVPN server in the EU resulted in downloads at 74.48 Mbps and uploads at a rate of 35.88 Mbps. Overall, this was a slowdown of just 24 percent. Considering that some VPNs slow data transfer rates by a staggering amount, this performance wasn’t bad.

Things slowed down when connecting to a server in New York. Downloads were now 51.09 Mbps with uploads being 3.17 Mbps.

A server in Hong Kong was about the same. Results of 54.29 Mbps for downloads and 8.22 Mbps for uploads weren’t exactly impressive, but there have certainly been worse.

The speed test results demonstrate just how optimized VypyVPN’s EU servers are. Their U.S. servers are far slower. With newer entrants into the market, VyprVPN’s speeds don’t stack up anymore unless you’re in Europe. Even if you are in Europe, there are faster VPNs out there.

If anything, VyprVPN’s privacy policy is a redeeming factor. Considering the company’s dedication to all things related to online privacy, you’d have expected that this VPN would stick to a strict zero-logging policy, and you won’t be disappointed.

It’s the kind of thing that you expect from the most reputable VPNs out there. You use a VPN to prevent your ISP from being able to track your online activity. It follows that you wouldn’t want your VPN to take their place by keeping records of your browsing history, social media posts, and other data.

The VPNs that are most dedicated to providing total online anonymity do so by not keeping any records of their customers. This may include not asking for names and email addresses. Many VPN providers even go the extra mile by making Bitcoin and other cryptocurrency payments possible. This means that there’s no reason to disclose any personal data to the VPN.

Logs that are often kept by VPN providers, are not collected by VyprVPN

While it is comforting that Golden Frog, the parent company of VyprVPN, is in Switzerland and is outside of the reach of the Five Eyes, Nine Eyes and 14 Eyes spying networks, that doesn’t mean that the country doesn’t have all sorts of laws regarding the retention of records.

A true privacy advocate would do well to keep looking around.

How Much Does VyprVPN Cost?

Customers choose between two service levels, either VyprVPN or VyprVPN Premium. The lower tier costs $9.95 each month with the deluxe service costing $12.95 per month. At the lower level, you only get three simultaneous connections. Five are available at the upper level. That’s a big strike against VyprVPN since the most highly recommended VPNs allow five connections at any price point.

Is VyprVPN a Recommended VPN?

VyprVPN has a lot going for it. Speed test results were respectable—at least with the EU servers. They have good encryption and a no-logging policy. However, limitations on simultaneous connections and chancy speeds on many servers mean that it is difficult to recommend them.

People who want to use a VPN to protect their privacy online could do much better with a service that offers more and might even cost a bit less. Allow us to point you to the right direction—check out our reviews of Surfshark and NordVPN. We promise you won’t be disappointed.