What is a Virtual Private Network (VPN)?

In case you haven’t noticed, the internet is not a safe place. Unless you’re properly protected, it’s the bully who will turn you upside down, empty your pockets, and leave without so much as a backward glance.

In case that metaphor isn’t completely clear, we’re talking about hacking and identity and financial information theft. That’s obviously the bad news. The good news is that there is a way to supercharge your online safety that doesn’t cost an arm and a leg.

Now we’re talking about VPN services. If you’re not using one while you’re online, it’s not a matter of if but when you’re going to be the next victim. Too many people avoid VPNs because it seems like complicated technology; you’d rather swear off the internet forever.

Relax. Just read the following article and we’ll take you from zero to expert on how to select, install, and access a quality VPN. Sound good? Let’s get started.

What Can a VPN Do for Me?

The first order of business is to educate you, dear reader, on exactly what a VPN server can do for you. There are a host of benefits. Here are a few:

A common question is whether a VPN will replace the ISP (Internet Service Provider) you already have. The answer is no. While some VPNs also offer internet service, you don’t have to switch from your current provider. Think of a VPN as a private tunnel that encrypts your data and hides your identity when you go online.

Connecting to the Internet with a VPN

While your ISP provides the basic capability for you to access the internet, when you deploy a good VPN service, you are redirected to their server rather than the one belonging to your ISP. The ISP will no longer be able to view your data or see which websites you visit. The only thing visible will be that you are connected to a VPN server.

Rather than the standard IP address that you’ve been using, and which reveals where you are physically located, anyone attempting to spy on your online habits will only see the IP address associated with the VPN server. Data passing between you and the internet is encrypted and will resemble gibberish to anyone hoping to make use of it for an illicit purpose.

Hopefully, you’re beginning to see some serious advantages to a VPN. If you make frequent use of public Wi-Fi hotspots in airports, coffee shops, or your friendly neighborhood public library, it might be considered evidence of certifiable insanity to do so without VPN protection.

These places are hack central because the connections rarely have any sort of security features. Even a clueless hacker can probably figure out how to make your life miserable. See that guy over there in the corner with spectacles and a nice corduroy jacket, staring intently into his laptop?

He’s not some professor grading student tests. He’s hijacking your bank login information! Top-rated VPN services are portable so you can use them from wherever you are in the world.

It’s Not All Roses and Sunshine

The world can be a harsh mistress. As such, we should warn you upfront that there are a couple of drawbacks associated with using a VPN. Exposure to VPN: While you are now safe from the prying eyes of your ISP, the VPN vendor you choose will be able to see your data.

However, if you select a trustworthy, highly-rated VPN that promises strong security and has a vested interest in protecting your data, you’ll probably be okay. Spying isn’t their business model.

S-L-O-W-E-R Connection: As a general rule, a VPN connection will be slower than your regular ISP because of the extra step of encrypting data in both directions. At the same time, your connection has to travel a physically greater distance to cover the extra step to the VPN server, which means a slower response when browsing.

If you get your VPN service from a nearby (generally speaking) server, you’ll notice about a 10 percent speed decline. Accessing the internet through a distant server could make that number substantially higher.

Is it Legal to Use a VPN?

The short answer—in case you’re fearful of the law or government’s heavy hand at your door—is yes. Using a VPN is perfectly legal.

The thing to keep in mind is that, in the majority of countries, a citizen has a right to privacy. But then you have a few bad actors – let’s call them China and Iran for fun – who don’t even pretend to be a free and open society. They certainly don’t like the idea of free, unfettered access to the internet and do their best to prevent VPN availability to the populace either at home or overseas.

So far, though, even in China – which boasts the world’s most intrusive censorship efforts – VPN blocks are only partially successful and we haven’t heard of anyone being punished for the simple act of using a VPN. It also might be a good idea to also avoid servers based in certain European countries (like France and the UK) if privacy is a concern. Terrorist activity has caused some governments to create laws that require VPNs to keep a log of user activity. The simple solution is to avoid these servers.

As the demand for online anonymity and security continues to surge, more and more VPN services hang out their shingle. Like anything else, they’re not all created equal. In your quest to find the best Canadian VPN, check forums and other online sources for reviews and recommendations. A feature comparison might be in order.

The following list are some to be on the lookout for:

Once your search for a VPN commences, it won’t be long before you come across flashy ads claiming to offer the service for free. Is it worth it? If you enjoy sub-quality service, ultra-slow connections, and being pummeled nonstop by ads, then by all means, sign up for the free service.

Just keep in mind this business axiom – if you don’t pay for the product, you are the product. There are only a few exceptions to this (Check out our list of the best free VPNs). For instance, there is a company called CyberGhost, which offers free access funded by ads that would be fine for casual internet users, or an outfit known as VPN Gate, which is volunteer-operated. But even these choices can’t hold a candle to the performance of a good paid service.

A Word About Anonymity

For motives both pure and questionable, people arrive at the desire for a VPN seeking online anonymity. For all practical purposes, that is an impossible goal because the service provider will always know exactly where you are. The next best thing to anonymity is ironclad privacy, and that’s a pretty good goal to shoot for.

Logs: The first thing to know is that any claim to privacy made by a VPN isn’t worth a spit in the ocean if they keep logs. We’ve seen recent examples of strong-handed government tactics seeking to compel cell phone or internet providers to turn over customer information, trust us. If a company finds itself faced with the threat of jail time, you should consider that your location and viewing habits will not stay private for long.

Trust: There’s really no way around the fact that you have to take a VPN service’s word that they’re not keeping logs or spying on you. Luckily, those who don’t follow through on privacy promises will soon find their misbehaviors scattered far and wide over the internet by customers they have betrayed. The bottom line is that there is no guarantee on this earth that you will be always and forevermore invisible online if you use a VPN.

TOR: If for whatever reason, you are desperately determined to stay completely anonymous, you could connect to your VPN through TOR, which provides free internet connection software. If you opened an account through TOR, paid with a cryptocurrency like Bitcoin, and then accessed your VPN that way, you would be about as close to complete anonymity as you get in this world. There are only a few VPNs that support this method. You also can expect to take a double hit in connection speed so have plenty of refreshing beverages and maybe a bottle of nerve pills when you sign on because things will be moving very slowly.

Maybe You Don’t Need a VPN

If your name is not Edward Snowden or Julian Assange, and you only want a VPN to get around geo-caching restrictions in your country that prevent you from streaming certain television sites, consider using SmartDNS instead.

SmartDNS doesn’t include encryption so you’ll maintain a good connection speed. It’s also cheaper than a VPN but will allow you to access a proxy server to get around certain geographical blocks.

As all of humanity continues its mass migration to the world of tiny mobile phone screens, the ability to use a VPN service on these devices becomes crucial. The short answer is, yes, you can use a VPN on your cell phone. The rest of the story is that getting it to play nice with all the location-specific apps can be a journey into madness. Have you noticed how your phone is always asking you if it can access your location? If you ever click ‘yes’ you’ve just compromised your VPN. The way around this is to never access websites through an app but always go through a browser. We recommend Firefox, which is open-source and maintains an impressive privacy obsession.

While we highly recommend you install a good VPN service like Surfshark or NordVPN soon, if not immediately. Keep in mind that it is not a bank vault.

You should instead consider it a tool that will almost certainly improve your efforts to stay private and anonymous online, but there is no such thing as 100 percent in this game. Therefore, it would be prudent to keep that tidbit in mind when choosing which sites to visit and what type of activities to engage in while you’re there.

Get what we’re saying? 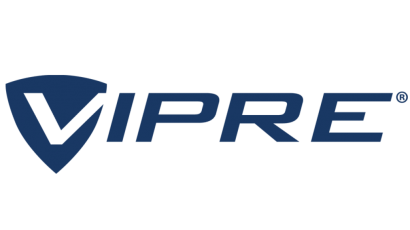 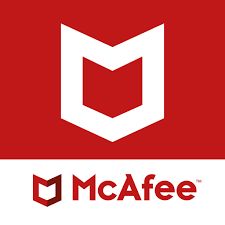